NLC Update: Illinois, Michigan Could Be Next States to Join

Launched back in 2000, the Nurse Licensure Compact (NLC) is quickly expanding to include even more states and territories. Today, almost three dozen state are members, and a few other states have active legislation to join. (You can view an updated map of NLC member states here.)

The NLC, or as it’s also known, the enhanced Nurse Licensure Compact, or eNLC, gives nurses the chance to practice in any state with just a single license. In other words, it’s a multistate license, giving nurses who live in Texas the chance to work assignments across the border in New Mexico, Oklahoma or Louisiana without having to get a separate license.

Got questions? You can find official NLC FAQs here.

The Nurse Licensing Compact helps speed up the timeframe for travel nurses working in other states. And, perhaps needless to say, that has become an even more critical benefit of the compact during the Covid-19 pandemic, which has seen (and continues to see) historic levels of demand for travel nurses.

And that means more demand for the nursing professionals who choose to work these important assignments. Travel nursing can also help nurses find new types of job opportunities including telehealth assignments, and earn additional income while saving money on housing. It’s also a fast way to connect with disaster relief and crisis response jobs and help those most in need of quality care. You can read more about the benefits of travel nursing here.

Now, as we move deeper into 2021, some of the states who haven’t yet joined the compact are seeing movements to do so. Here’s the latest.

In Illinois, State Rep. Michael Zalewski has introduced a bill aiming for entry into the Nurse Licensure Compact. In an article from a local advocacy group, Laura Bianchi describes the difficulty Illinois nurses face compared to their colleagues, and often their fellow schoolmates, next door in Iowa.

“I had to drive five hours from Des Moines to Chicago just to get fingerprinted because they wouldn’t accept Iowa prints,” says a nurse newly graduated from the University of Iowa about her attempts to get licensed for her new job.

Awkwardly, all of the states surrounding Illinois have joined the eNLC. That may be reducing the incentive for nurses to work there, notes Bianchi. Entry into the compact is also described as a solution to the state’s shortage of healthcare professionals. It’s also seen as a benefit for the many nurses who live in Illinois, who would see “improved job options.”

According to Rep. Zalewski, his bill is “carefully crafted and narrowly tailored to ensure patient safety.” As far as the nurse profiled in the article, she told Bianchi that she’s “all for” the compact, adding that it would save money and reduce stress: “It’s one less thing to worry about, and it saves hundreds of dollars each time.”

Michigan is another rare Midwestern state that has so far held out against joining the compact. But that may change under new legislation introduced into the House by Rep. Mary Whiteford, a former nurse.

In a statement announcing the bill, Whiteford pointed out that compact membership also helps states adhere to new standards in telemedicine. “State-by-state licensure is incredibly time-consuming, especially for multiple license holders who wish to use telemedicine,” the statement read.

The Michigan Health and Hospital Association has indicated its support for the bill “to help increase the supply of nurses practicing in Michigan while maintaining a high quality of care,” writes Scott McClallen for the Center Square.

“Shortages of nurses, as well as physicians and other healthcare professionals, has been a critical issue felt across the country, including Michigan, since before the COVID-19 pandemic began,” MHHA spokesperson John Karasinski said in a statement. “The pandemic has only made the situation worse, as the market for trained and accredited nurses has intensified.

“Hospitals and clinics attempting to hire nurses are sometimes thwarted by the number of professionals available,” Karasinski added as further justification for joining the compact. “In addition, the nursing shortage is expected to worsen after the nation recovers from the COVID-19 pandemic.”

Guam and the West Coast

In Guam, a bill to join the compact was recently debated by the senate. Opponents argue that joining the eNLC would cause nurses to leave and work elsewhere. Advocates say that they already can do that with little difficulty, and that joining the compact would boost the local supply of nurses, making it “easier for military spouse nurses already here to start working,” reports KUAM News.

Of course, the appeal to travel nurses to seize the opportunity of the vacation aspects of traveling has long been a key part of the appeal for travel nurses to work assignments in places like Hawaii, Florida and California. Given that it has the largest population of any state in the U.S., any movement within California to join the eNLC is always closely watched.

Oregon and Washington State also remain holdouts, essentially cutting off the West Coast from the rest of the country. But as the number of states outside of the compact dwindles to just over a dozen, and as legislators become savvier in presenting bills to enter the eNLC in a way that focuses on patient safety and uniform licensure, that could be expected to change.

Is your state in the eNLC? If so, you may have access to more nursing job opportunities than you realize. If you’re seeking a new career path and you’re interested in working an out-of-state assignment, we can help you through the process of NLC licensure. Get the ball rolling by starting an online application here, or searching all nurse jobs now.

If you have a nursing compact license or are interested in getting one, and you want to help fight Covid-19 on the front lines, we can use your help. Facilities across the country are in need of travel nurses to help them maintain patient care during this difficult time, and we’re doing everything we can to help them meet that need.

6 Quick Tips on Staying Active as a Nurse Traveler 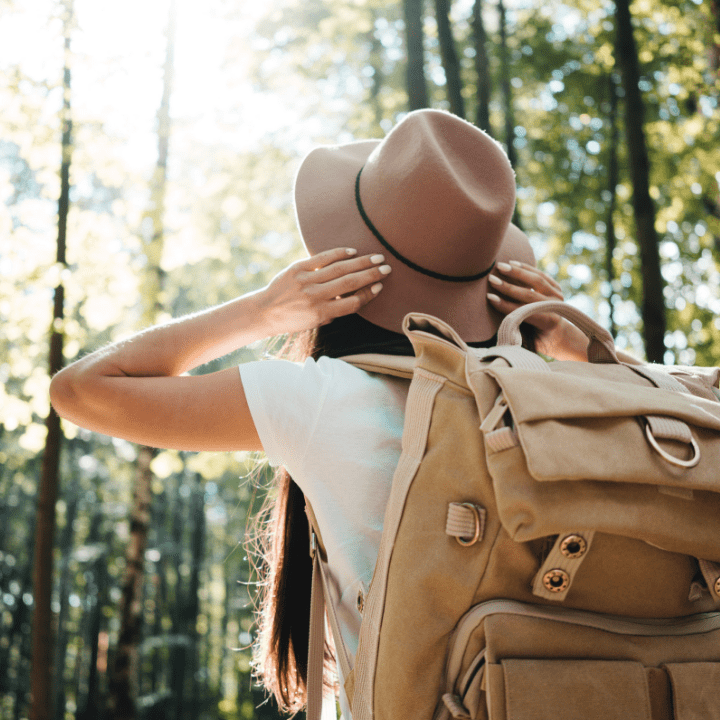 How to Become a Travel Nurse