June is Men’s Health Month, a great time to celebrate male nurses! Although the healthcare workforce has become more inclusive over the years, gender diversity in nursing is still a persistent issue. Here’s a quick rundown of what you should know about the male nursing shortage, and some tips on what you can do to help the cause.

Gender Diversity in Nursing: The Shortage of Male Nurses

The good news is that the number of males in the nursing workforce is rising, with the latest data from the U.S. Bureau of Labor Statistics (BLS) showing that men comprise just over 12% of the people working as a registered nurse. That’s compared to about 9% in 2009, and just 2% way back in 1960.

When it comes to LVNs and LPNs, though, the numbers aren’t quite as encouraging. The latest BLS numbers have the number of male nurses at exactly 10%. As compared to similar counties, that’s about the same as in the UK, where the nursing population is also about 10% male.

The reasons for the shortage of male nurses are numerous. Basic gender stereotyping is often named as the top reason. Because Florence Nightingale represents the ideal nurse, according to this line of thinking, males can be seen as out of place in the role. From a historical perspective, men were also officially discouraged from becoming nurses until 1930.

“Obviously, women have predominantly been in the field, all the way from Florence Nightingale,” as UNLV nursing student Jayison McCorkle said in a discussion of gender diversity in nursing with the UNLV School of Nursing. “It makes sense how she influenced the gender specificity of nursing.”

For nurses actively working to help achieve more inclusion in nursing — as McCorkle is — it’s clear that there are some pretty big-time historic stereotypes blocking their way.

“There are less men in nursing because nursing is not an identifiable career option in high school when male students are considering for a college degree,” UNLV School of Nursing Associate Dean of Academic Affairs Steven J. Palazzo writes in the same article. “That unidentifiability translates to home life as well … Research shows a lack of men in nursing family role models, and usually this is a result of higher rates of men leaving the nursing profession than women.”

And when they do work as nurses, more men tend to focus on a handful of areas. Critical care and surgery — and especially anesthesiology — have proportionally more males working in them. This is often connected to the perception that these specialties are more intense and challenging, and therefore more masculine — as opposed to, say, labor and delivery.

“I did the typical male nurse thing and initially gravitated towards critical care and surgery. It was just seen as much more acceptable,” said Steve Robertson, a UK-based nurse told the Nursing Times. “When I’m in the pub and tell people I’m a nurse, they are [skeptical] but when I tell them I work in intensive care, they think of me slightly differently.”

Male nurses also tend to be older, with many coming to nursing after already working in other fields. In the UK, a study by the National Health Service suggested that, since “men take longer to mature than women and do not [realize] that nursing is a suitable career for them at a young age,” per a 2019 report from The Guardian.
There’s also the tendency for older men to be “more mature and less influenced by nursing stereotypes than are high school or college-age students,” reports Nurse.com based on an interview with former AAMN President William Lecher, RN, MS, MBA, NE-BC. So, while the presence of older males is certainly welcome, this also suggests an even greater lack of younger male nurses in the healthcare workforce.

Why Does Gender Diversity in Nursing Matter?

Why is this important? Nursing is a profession that’s in danger of having too few workers to fill a constantly growing number of jobs. Per the BLS, job growth for nursing is faster than the average profession. So, if an entire gender feels reluctant to enter the nursing profession, then the number of new nurses isn’t growing as much as it could be.

And this could “endanger public health,” writes Michael W. Finnegan in a 2019 dissertation available from the Nursing Commons. “Fewer nurses threaten nursing education standards, quality measures and erode public confidence.” In an era when gender disparity has improved radically in most professions, this is no small deal.

Worse, the low number of male nurses could have a negative effect on patient care. “If you’re a man and you need personal care, you might prefer to have it from a male nurse, just as there are women who’d prefer to have a female nurse,” an expert in adult nursing and public health told The Guardian. Denying patients that choice may be denying them comfort and even optimal care.

Furthermore, because the number of male nurses is so low, they may sometimes struggle to gain the confidence of patients who are not used to them. Normalization of male nurses, then, is a battle that needs to be fought constantly, and patients may suffer from the confusion and conflict.

And this feedback loop is likely to continue suppressing the number of males who decide to become nurses: “It is difficult to promote men in nursing if there are so few,” as Palazzo puts it.

Because males can struggle to feel comfortable in the nursing environment, their own mental health and personal wellbeing can suffer. “In selecting a vocation as a nurse, a male makes a conscious decision to enter a profession that is overwhelmingly female dominated,” writes Michael W. Finnegan in a 2019 dissertation available from the Nursing Commons. “His career choice has several challenges that his female colleagues do not have to negotiate.”
Promoting the inclusion of more male nurses may also have a net positive effect for all nurses. It could well “increase salaries and improve working conditions” for everyone working in the nursing profession, write Susan Barrett-Landau, Ed.D, MS, ANP/FNP, RN-BC and Sharon Henle, Ed.D, MS, ANP, RHIA, CNE, RN in the Journal for Leadership and Instruction.

What Can You Do To Help?

What can we all do to help? Be more welcoming of male nurses, for starters: “A nursing unit is a collection of nurses, ancillary help, and managers that are focused on the goal of beneficial patients’ outcomes,” as Finnegan puts it. “To achieve this goal with the highest degree of professionalism requires that a unit function as a team.”

This could mean making an extra effort to help colleagues feel comfortable. And that includes understanding the social discomfort that male nurses may be experiencing, and to offer a more welcoming attitude without drawing attention to them.

This attitude is even more important for those in nursing schools: “Nursing schools must make a strong effort to recruit male nurses from high school graduation classes if the nursing profession is to achieve a greater balance,” write Barrett-Landau and Henle.

For the most part, though, overcoming the gender disparity in nursing simply means rethinking the way we feel about the ability of men to perform the job. “There are still some obstacles men in nursing face, particularly in specialties dominated by women,” as NP Daniel Arellano told SNHU. “But I believe men can be equally compassionate and provide equivalent care in any arena.”

Find a Nursing Job, or Refer a Nurse and Earn a Bonus

At CareerStaff, we encourage all qualified nursing professionals to apply for our available jobs, regardless of race, religion or gender. We’re proud to be an equal opportunity employer and the preferred source of employment opportunities for many of the nation’s hard-working nurses.

If you’re in the market for a nurse job, you can fill out a quick application here to get connected with a recruiter, or find a list of current nursing jobs here. And if you know a nurse who’s seeking work, check out our nurse referral program for the chance for a bonus of up to $750!

Refer a Nurse to CareerStaff 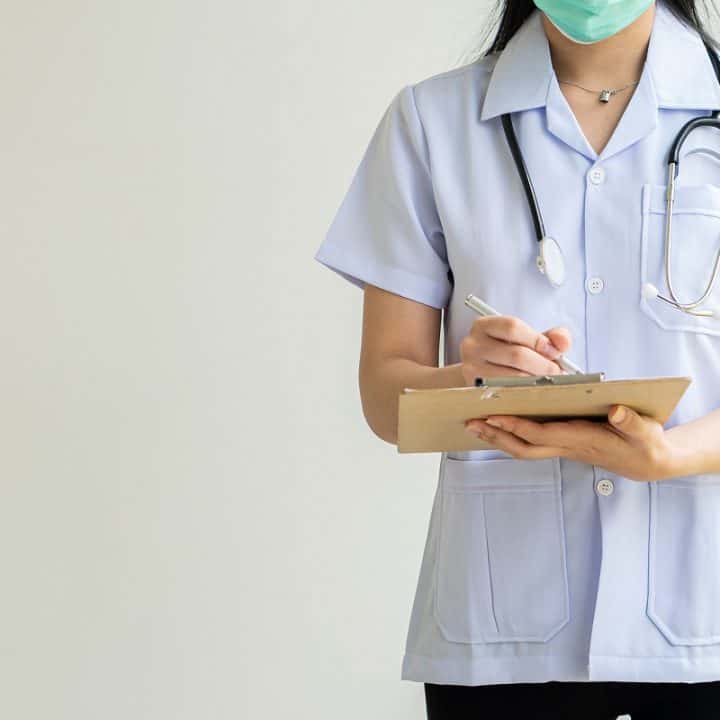 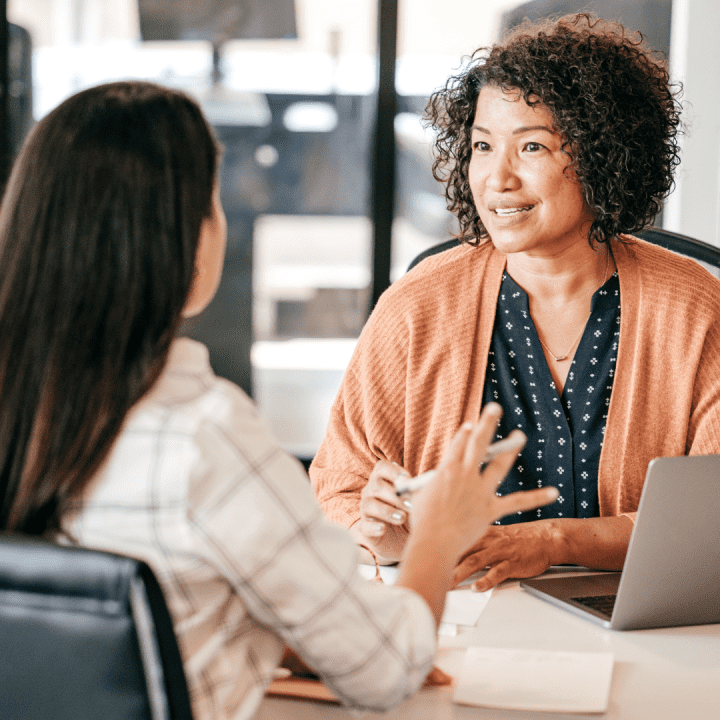 What to Wear for a Nursing Interview: 5 Important Tips 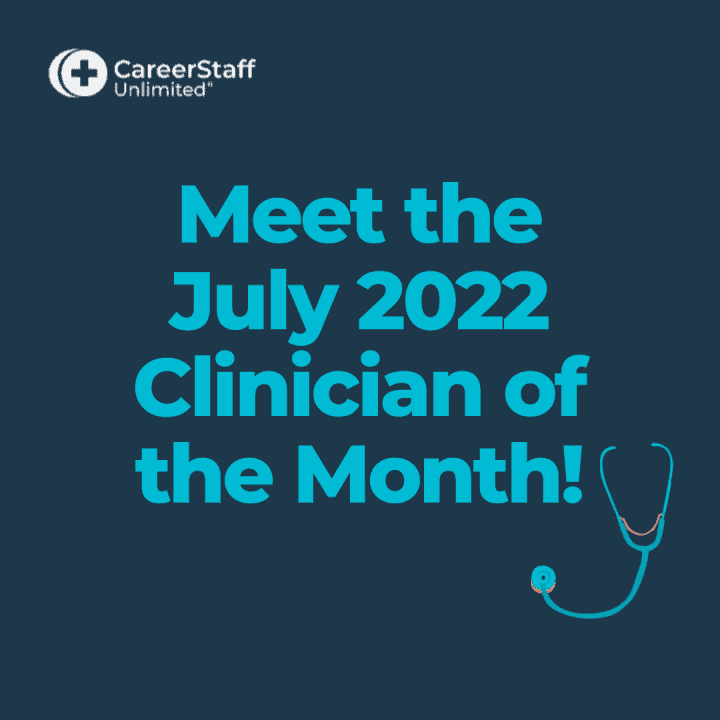 Meet the CareerStaff Clinician of the Month for July 2022